Physical Attraction: What Makes Us Want Somebody? 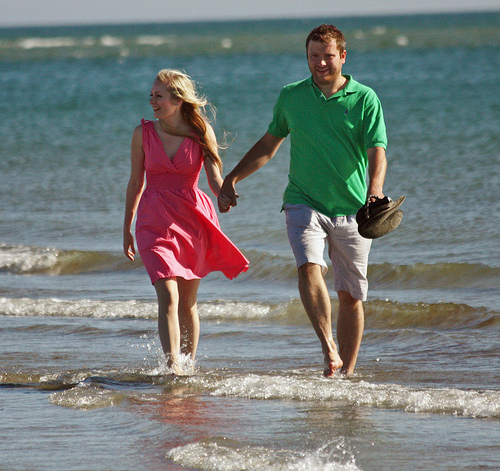 If there’s one thing in life that everyone struggles to explain, itâ€™s sexual attraction. Sure, if you had to list reasons why you love your mate or beau, you could probably come up with some fine reasons, but pure physical attraction — the kind that you feel the instant you meet someone — is much different. You might not want to marry that gorgeous guy or girl at the bar after you find out they have nine cats or a criminal record, but are you attracted to them? Sure. That’s a chemical reaction that has nothing to do with social evaluation or emotion. And scientists have come a long way in trying to break down exactly what goes into it. Some people spend their time researching plastic surgeons, treadmill reviews, and the latest skincare products to try and increase their attractiveness. But the secrets are probably less superficial, and a lot more primal, than we believe.

If youâ€™ve ever perused the personal ads youâ€™ve probably seen the acronym â€œHWPâ€ aka height weight proportional. It will probably be a great relief to most American adults to know that how close you are to the ideal body proportions has nothing to do with what you weigh. (I felt so good learning that last tidbit I made an immediate beeline for the freezer and a coconut ice pop.) When it comes to body shape, it seems be all about hip to waist ratio. For women, a 0.7 is ideal, which is pretty much an hourglass figure. But if you don’t consider yourself hourglass, don’t worry, the 0.7 can look different on everyone. It’s possible for very thin women and much larger women to have the same WHR number. Not only is this a biological signal to men that you can bear and take care of offspring – awesome news, I know — it’s also a sign of good health, recognized in the medical community long before scientists knew it had anything to do with attractiveness.

In men, broad shoulders are the equivalent of WHR, especially when they come with a V-shaped torso and narrow waist. The physical traits that people prefer show the optimum production of estrogen in women and testosterone in men. Subconsciously, women who look like they can have babies and men who look like they can hunt and kill things come out the winners. How’s that for progress?

The gist of why facial symmetry is important to attraction has to do with the fact that in a perfect world, every baby would be perfectly symmetrical. But because of genetic and environmental influences, that’s not the case. So, both men and women are attracted to symmetry — evenly-shaped eyes, a prominent cheekbone ration, a mouth with a width twice the height of the lips — really sexy, right? But while men might be drawn to pretty, feminine faces, it gets more complicated for women.

Have you ever wondered why men are more visual? Why you see average-looking men with gorgeous women more than you see the opposite? There’s actually a biological explanation. Women are not necessarily attracted to masculine features because they associate them with the lack of paternal instinct and inability to commit. When it comes to choosing a mate, they might actually go for a more effeminate man. But at the height of their menstrual cycle, when they’re more likely to conceive, that’s when they’re attracted to manly-looking men. This could be considered a modern phenomenon that women often subconsciously choose between attractiveness and the potential for positive behavior in men. Unfair is an understatement.

3. Smells, Hormones, and Other Gross Things

With few exceptions, when it comes to attractiveness, the biggest factor for men and women is the gender difference. This even extends to smells. Studies where women were asked to smell men’s t-shirts proved that they continuously went for the shirts of men with the highest testosterone levels. And men are attracted most to the smell of women who are about to ovulate. Men also go for women with a higher voice pitch, associated with femininity, while women like a man with a deep voice.

Sometimes, it’s just a simple matter of chemicals. People release pheromones in their sweat and saliva that can attract someone of the opposite sex or even the same sex — studies show homosexuals are attracted in exactly the same way. The primary pheromone for men is called androstenone, while women produce copulin. Usually, whoever smells the best to you will have an immune system different than yours, so combining them will produce healthy children.

The good thing about all these physical attraction rules is that social and emotional factors do come into play. If it was all left up to biology, it might be impossible to make a relationship work, but human beings can make intellectual and emotional judgments about people that have nothing to do with how they look. So while it’s fun to know why you perk up at the sight of someone attractive, it’s also good to remember you have a brain to keep you out of trouble. Your body chemistry wants you to find love, as donâ€™t go looking in the wrong places.

Three Interesting Ideas for Your Next Date 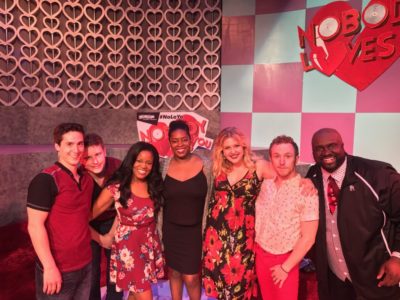 Spring Fling? 5 Date Ideas In Atlanta That Won’t Make You Feel Like Nobody Loves You