Wonder Woman has been an enduring cultural icon ever since she was first introduced in the pages of All Star Comics in 1941. She’s a cultural touchstone representing everything great about what a woman is, can be and should be. While her image and logo have been a ubiquitous presence in popular culture; adorning posters, lunch boxes, mobile phone covers, toys, underoos, t-shirts, toiletries, cosmetics and just about anywhere else you can print an image very few of us outside of the relatively tiny confines of comic book fandom actually had the opportunity to get to know her as a character… Until last year.

While many of us over the age of 40 have nothing but the fondest of memories of the Wonder Woman TV series of the ‘70s starring Lynda Carter, few of us really got to get to grips with Wonder Woman AKA Princess Diana of Themyscira until she made her big screen debut in Batman V Superman: Dawn of Justice in 2016 before making a huge splash with her own movie last summer. In both outings the character was played by Israeli actress Gal Gadot whose contribution to the mythology really cannot be understated. Gadot took an untouchable icon of heroism and subversive feminism and made her seem plausible, tangible and real. Both men and women left movie theatres feeling like Wonder Woman was the best friend they never had. She embodied the resplendent feminine qualities that one expects from such an iconic figure, while imbuing her with a humility that made her a genuine bona-fide aspirational figure rather than an untouchable cultural icon with a humility that few would expect from a former supermodel who makes juggling a demanding work schedule with motherhood look both easy and fun.

With that in mind, let’s look at some of the ways in which all women (and men for that matter) can improve their day to day lives in the worlds of work, family and relationships by using the iconic character as a role model, as well as learning from the man and women behind her inception.

Let negativity bounce off you… like bullets off bracelets

When you picture Wonder Woman in your head you likely envision her in that iconic pose with her bracelets crossed deflecting everything from bullets to elemental bolts. While you’re unlikely to find yourself having to do this literally it is nonetheless an empowering image that all women can suit to their own lives.

Let’s face it, women live in decidedly negative times, especially with an inveterate and shameless misogynist like Donald Trump in the most powerful office in the world. You likely have at least one person who seemingly can’t wait to invite negativity into your life. It could be a work colleague, a family member or a friend. They’ll make passive aggressive comments about you, complain relentlessly (without pursuing a cure for what ails them) or seem to go out of their way to upset, demean or belittle you and others.

Yes, this is an injustice, yes it’s unfair, but letting their negativity get to you will only harm you. Instead of crossing your arms into the iconic pose just… Smile!

Seriously. Smiling makes everything better! It releases endorphins, produces dopamine, relieves stress and makes everyone realise just how beautiful you are when you smile!

Don’t let yourself be defined by others’ expectations

There’s no point denying it. Society places very specific demands on what a woman should be, and it’s often as paradoxical as it is maddening. She should be sexy yet chaste, she should be strong and independent but vulnerable and approachable, she should be okay with being measured by an impossibly unattainable standard of appearance and behavior. Women within the LGBT community are especially vulnerable here.

Like Wonder Woman, don’t let the expectations of others define who you are. Define your personality and your femininity on your own terms. Learn from your mistakes and your shortcomings and celebrate your achievements and assets. Wonder Woman is both the daughter of the Gods and a feminist icon both within the universe she inhabits and the real word.. And she’s cognizant of this, but continues to do her best despite being burdened by preconceptions. Moreover, her creator William Moulton Marston (who also invented the lie detector) and his wife were sure to make unconventionality a part of the character right from the get go. Let’s not forget that the character was very subversive in the aggressively male and heteronormative world of 1940s America and the Moulton’s polyamorous lifestyle was certainly at odds with social convention.

Solve problems using love and compassion rather than aggression and dominance

It’s all too easy to get mad at the world, especially in the world of work. There’s a lot to be mad at, especially in the face of a gender pay gap that economists predict is likely to take centuries to close. As maddening as the world around you may be at times, resist the urge to respond to it with anger and aggression. Wonder Woman’s greatest strength is not her ability to punch harder than the villains she faces off against (although she does) but her ability to solve problems using compassion, understanding and tolerance. As Wonder Woman herself says “Don’t kill if you can wound, don’t wound if you can subdue, don’t subdue if you can pacify and don’t raise your hand at all unless you’ve first extended it”. Words to live by, for sure!

Respect animals and the environment

One thing that a lot of people don’t know about Wonder Woman is that she’s a committed environmentalist and devout vegetarian. It’s an oft overlooked element of the character but one that’s particularly timely in this day and age where everyone (except the leader of the free world) is acutely aware of our precarious relationship with our planet and our natural resources.

There are many easy ways in which you can embrace this heroic aspect of the character, whether it’s committing to reducing your household landfill waste, recycling more, hiring an ethical company like Shamrock Environmental handle your office or project waste, and doing everything you can to conserve energy in the household. There’s little you can do for the environment that’s more effective, however than eschewing animal products and pursuing a vegan lifestyle. Not only is this kinder to animals, plant farming is far less resource intensive than animal agriculture using only a fraction of the land, water and natural resources. 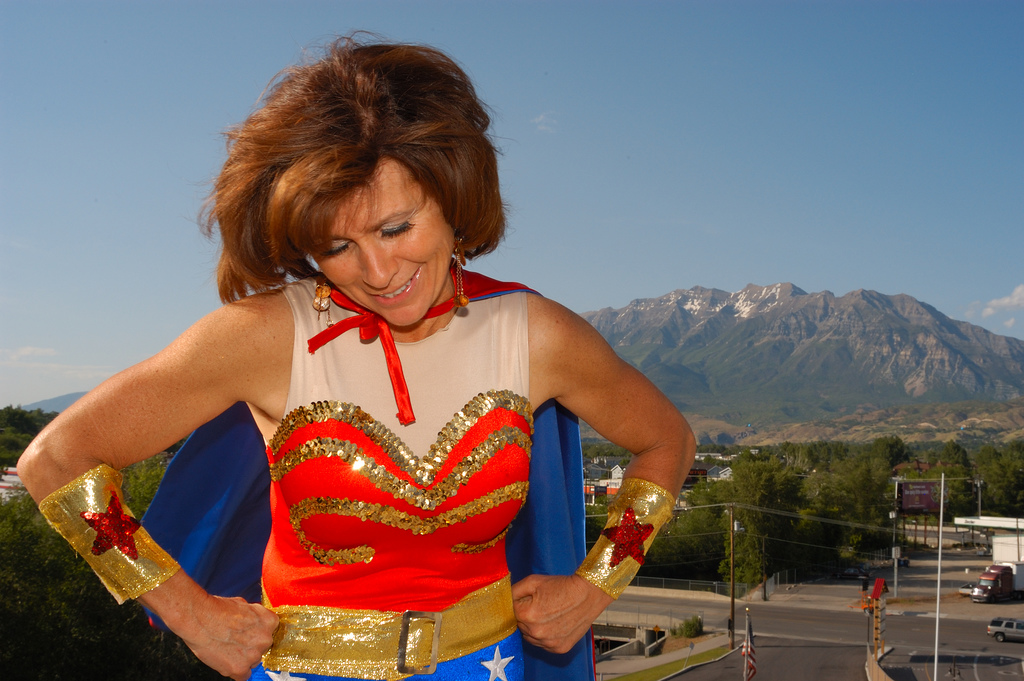 Be a role model for others… but especially your kids

Take a look at Gal Gadot’s social media presence and you’ll see lots of images of the actress having a great time with her kids. It must be pretty cool to have a parent who not only plays such an enduring icon of pop culture but whose visage adorns movie posters all over the world. But you don’t have to be a Hollywood star or a cultural touchstone to be a role model for your kids and all with whom you come into contact. As a parent, your kids will base their expectations of what a parent and an adult should be. Thus, it’s incumbent upon you conduct yourself as a role model at all times. There is of course no one way to do this. Just think about the kind of person you’d like your kids to grow up to be… and do that!

Treat those around you with kindness, respect and that all important smile. Recognize your faults and learn from them and celebrate your best qualities with humility and deference.

With just a little consideration, every woman can be a Wonder Woman. 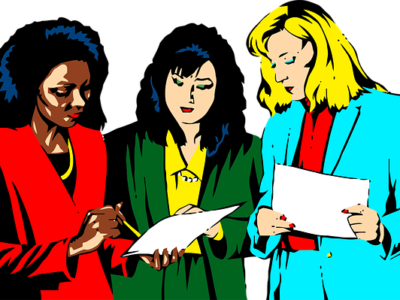 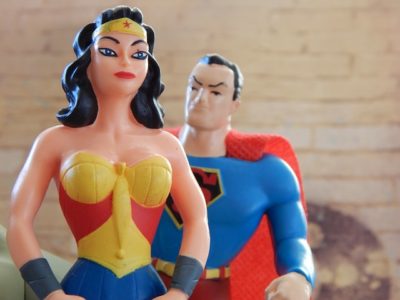 I Am Woman! Hear Me Roar: Finding Freedom In My Femininity