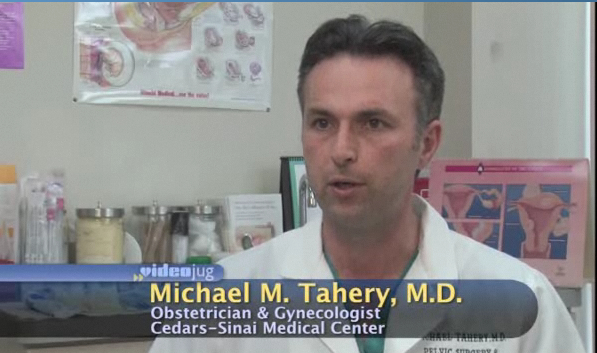 What is a “breast exam”?

A breast exam that’s done by a physician–usually we do it every six months to a year, depending on a patient’s history and the complexity of their breast tissue. So a person should expect to be examined sitting up, bending over a little bit while sitting, and then laying down. The physician will start from under their arm, checking all the lymph nodes, and then the tail of the breast, which is right next to under the arm. And then they check the breast, they squeeze the breast for discharge. Then they check the lymph nodes in the neck and also above the clavicle or in the neck area to make sure there are no lymph nodes in that area also.

What is my doctor looking for during a breast exam?

During a breast exam, a doctor looks for any lumps, any bumps, any irregular breast tissue, irregular nodularity, any breast discharge that shouldn’t be there, any bumps or lumps under the arms that he or she had not felt before on your breast exam.

Can I do my own breast exam?

As a matter of fact yes. All women should get familiar with their own bodies or their breast tissue. They should start in the morning before they take a shower, they should stand in front of the mirror, they look at their nipples, areola or the darkness surround the nipple. Look at the breast under the arm all the way to under the breast. If their breast are large, they should lift it up and look under the breast. Then they should examine themselves both standing up and laying down. They should do this once a month. Three days after the first day of period when hormone levels are low and the breast are the least sensitive and the glands are least inflame.

How can I tell the difference between “good” and “bad” lumps in my breast?

I think people should not really try to do that. I think that they should try to look for something that’s always been there, and something that hasn’t been there and is new. I think that is the most important thing. If a person can differentiate between what’s always been there and what’t new that’s what they need to do. They’ve done their job. It’s more difficult, even for physicians sometime’s to tell if a lesion is god forbid malignant or not. So I think they should just report something new to the doctor and let the doctor handle the rest of that. For example a discharge from the nipple could be very, very beneign and normal, or it could be a sign of something else that is happening. Same thing with a lump, or an unusual pain that does’nt go away.

What is a “mammogram”?

A mammogram is an x-ray of the breast tissue. During a mammogram they place the breast between two plates, and they try to squeeze it, so they get a thin tissue so x-rays can penetrate it. using a mammogram they can identify if there’s any abnormal tissues or lesions inside the breast. A mammogram should be done once a year after the age of 40, in general; but in high risk women, we usually start much earlier, or at 35, we do a baseline mammogram to make sure everything is okay.

How often should I have a mammogram?

On average I like to do a mammogram at age 35 as a baseline and then after 40, once a year. That’s what we recommend. For women that are high risk, such as women with a strong family history of ovarian cancer, uterine cancer, or breast cancer, we recommend earlier mammograms. Maybe they start at 35 and get mammograms every year. For women that have hormonal problems, that may be an issue as well.

What is a “pelvic exam”?

A pelvic exam always is a little scary because women don’t know what they’re facing or what’s going to happen. Usually the way it works is that they come in, they sit in the stirrups, they lay down of course, and we use a speculum which we insert inside the vaginal area. First we inspect the clitoris, the vulva area, the openings, the rectal area for hemorrhoids or any other abnormalities. Then we put the speculum inside the vagina. We look for any inflammations, discharge and infection of any kind. Then we look at the cervix. We look for inflammation again or any discharge from the cervix itself, which is an opening to the uterus. Then we obtain a pap smear and we do this by a brush. We put the brush within the opening of the cervix, and we twirl it around, and we send this to the laboratory for evaluation. Then we remove the speculum and we use either the fingers or the ultrasound to evaluate the size of the uterus, tenderness, and position of the uterus and the ovaries. That usually concludes a normal pelvic exam.

A Pap test is a screening test. Basically, what we look for in a pap test is cellular abnormalities or changes that have no symptoms and we cannot see with the naked eye. A person could have a problem with their cervix and we would not know and she would not have any symptoms. So, when we do a Pap smear, we actually get a sample of the cells in her cervix. This way, by looking at these cells from the pap test under the microscope, we can tell, up to 70 to 80 percent of the time what’s going on and if there is any problem. Basically, this is a screening test as a warning for something that may be going on in the cervix.

What do “abnormal cells” from a pap smear indicate?

When the Cytologist looks at these pap smears, or these cells that have been provided for him, abnormal cells don’t look normal. Abnormal cells don’t look like they should, like a normal cell. Now, because pap smear is a screening test, we can’t always tell why they’re abnormal. Sometimes if they’re very abnormal and we see, let’s say, cancerous legions, Cytologists will tell you this is very abnormal, be very aggressive or they’ll say, “well, this is abnormal but I’m not sure why this abnormal.” So then we follow that up.

It all depends on the laboratory and also the type of Pap smear that’s being done. If it’s a liquid based Pap smear where you get a brush, you throw the whole brush into a fluid filled jar, and you send the whole thing to the laboratory. Some studies show that your pickup rate for abnormalities are higher. In general, Pap smears can only pick up about 70 maybe up to 80% of abnormalities that are there. Maybe even less, depending on how long it takes between the time that the Pap smear’s done and by the time the Pap smear is read. In general, 5 to 10% of all Pap smears can be called or read as abnormal, and then usually depending on what the abnormality is, and what they call it, then the percentages vary.

What is a “colposcopy”?

Colposcopy is when we find that person has an abnormal pap smear and we want to find out why and what’s going on in the cervical tissue. Pap smear is the sampling of the cells, But a colposcopy give us a direct visualization of the cervix. So what we do is with a special microscope we look at the cervix. We apply certain liquids to the cervix that then bring out the abnormal cells. And, then we get biopsies or actually tissues, a sample of the tissues, a thick sample of the tissue so then we can send from the abnormal area to the pathologist so they can look at it on their microscope again and tell us how bad or how much of a problem we’re facing.

What is a “cone biopsy”?

A cone biopsy can be done for two different reasons: one as treatment, the other is as diagnostic, or to find out how bad the problem is. For example, if somebody has severe abnormality, or we call it dysplaysia, then we need to do a cone biopsy to see if this is all that there is there and we actually got a good sample with our colpscopy, or is there more severe problem that we are missing, for example, if there’s, God forbid, cancer that we didn’t pick up in the colpscopy that we did. So cone biopsy is both diagnostic and also for treatment.

What is a “loop electrosurgical excision procedure” or “LEEP”?

LEEP procedure can be both an office procedure or we can do it in the hospital. Basically, what is is that we numb the cervix and with an electrically charged loop we go and then, just like an ice cream scooper sort of thing, we remove the abnormal tissues that we’ve identified by croboscopy from the cervix. Basically as a treatment or a function to it. If the cervix is well anesthetized, it shouldn’t really be painful. Pelvic exams in general are uncomfortable and to do this you would have to be in a stirrup with a speculum inside, and then that may take a few minutes for it to be performed, usually it takes anywhere between five to ten minutes and so being in that position is very uncomfortable, and the injections that we apply to the cervix to numb the cervix may be uncomfortable, but usually not. Usually it works very well, it’s fairly fast, and patients do very, very well. Usually patients can go back to their work the same day or right after they leave the office. There’s a possibility for some bleeding afterwards, some cramps afterwards, but usually a couple Advils and keeping their abdomen warm takes care of the problem.

How To Make Egg Fried Rice

How To Make Toffee Apples 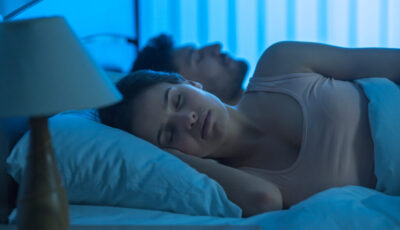 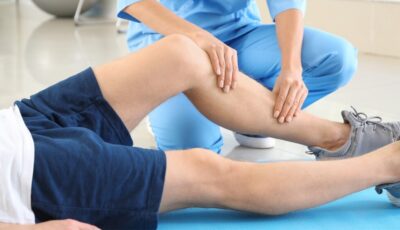 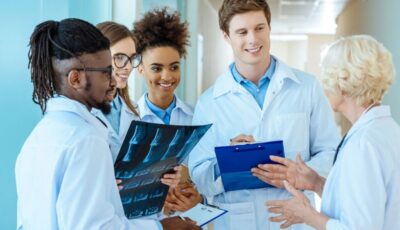 How to Support a Loved One Through Medical Treatment