Unpacking The Dangers Of Drugs, Hidden In Pandora’s Box

Drugs, also known as psychoactive substances, can refer to various chemical compounds that alter how the brain and body function. This includes both legal and illegal recreational drugs such as alcohol, tobacco, marijuana, and opioids; prescription medications such as antidepressants and anxiolytics; performance-enhancing drugs such as steroids; and even natural products like caffeine. Drugs can act on the body in multiple ways depending on the type of drug being used. 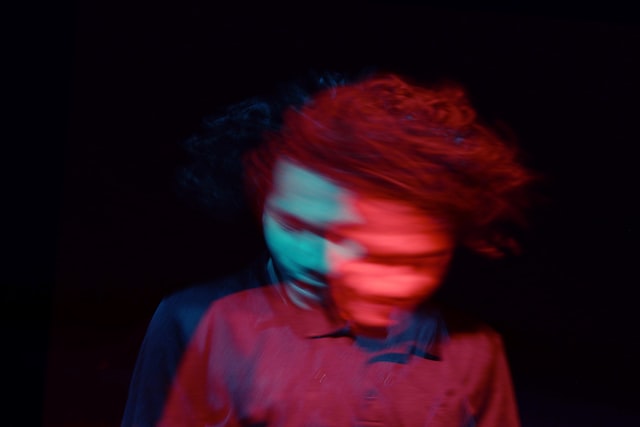 What Are The Different Types Of Drugs?

There are an alarming amount of drugs available on the market today. However, some of the most common type of drugs include:

Alcohol is a depressant drug used to reduce stress and tension. It depresses the central nervous system and slows down functions in the body, such as reaction time, breathing rate, heart rate, coordination, and judgment.

Tobacco is a stimulant that can cause addiction. In addition, it contains nicotine and other toxins that are very harmful to your health, as it increases your risk of various cancers, heart disease, stroke, respiratory diseases, and many more illnesses.

Cannabis is a psychoactive substance with many medicinal properties but also some known risks, such as anxiety or paranoia, if taken in high doses. In some parts of the world, its recreational use is legal, while in others, it remains illegal under any circumstances.

Opioids, such as heroin and fentanyl, are extremely powerful painkillers that are highly addictive and dangerous when abused. They can have serious physical and psychological side effects.

Stimulants, such as cocaine or amphetamines, have many short-term effects on the body, such as increased energy, focus, and alertness but also severe long-term negative health consequences, including addiction.

Hallucinogens are drugs that alter a person’s perception of reality. Some examples include lysergic acid diethylamide (LSD), mescaline (peyote), and psilocybin (mushrooms). They can cause hallucinations and altered states of consciousness and can have serious long-term effects on mental health.

Sedatives are drugs that slow down the body’s functions, such as lowering blood pressure and heart rate. Examples include benzodiazepines (Xanax or Valium) and barbiturates (Amytal or Nembutal). They are often used medically to treat anxiety and insomnia but can also be abused for their calming effects.

What Are The Side Effects Of Drugs:

Each type of drug has its own range of potential side effects, both short-term and long-term.

Long-term use can lead to physical dependence, addiction, and serious health problems such as organ damage or failure. Some drugs can also increase the risk of developing mental health disorders, including depression and psychosis.

How Do Drugs Affect Your Physical Health?

The effects of drugs on the body can vary widely depending on the type and amount of drug used, as well as a person’s physical and emotional state at the time of use. Drug use has potential short-term and long-term physical and psychological effects on the user’s health.

Short-term consequences may include increased heart rate and blood pressure, loss of coordination, and impaired judgment.

Long-term effects can include:

How Do Drugs Affect Your Mental Health?

The use of drugs can have a significant effect on mental health as well. It can lead to anxiety, depression, paranoia, and other psychological problems such as hallucinations or delusional thinking. Some stimulants like cocaine or amphetamines can cause impulsive behavior or irritability, while sedatives may cause feelings of lethargy and confusion. 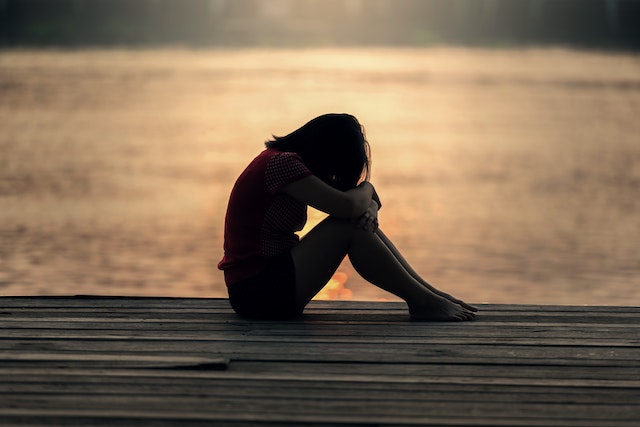 How Do Drugs Affect Your Work Life?

Drug use can have serious effects on an individual’s career or job prospects. It can lead to impaired judgment, decision-making, and communication skills which can cause difficulty in the workplace. Drug use can also lead to increased absenteeism, accidents, and even disciplinary action.

How Can Drugs Affect Your Lifestyle?

Drugs can significantly impact your lifestyle, especially over the long term. Some of the most common effects include financial problems, relationship issues, decreased productivity, and other social risks.

Drugs are expensive and therefore increase costs which may lead to debt or bankruptcy in some cases. For example, consider a situation where someone becomes addicted to drugs such as heroin; they might need more money to fund their habit than they are able to earn, resulting in them taking out loans or using stolen money to pay for it. This could result in heavy financial losses that can be very difficult to recover from.

A person’s relationships may suffer if they become addicted to drugs, particularly with family members. As addiction takes hold, it may be difficult to maintain healthy relationships with those closest to you. Conflict and arguments can arise due to the individual’s erratic behavior or financial issues, both of which are often a result of drug use.

Drugs can also have an impact on how productive someone is in their daily life. If they become addicted, they may take longer to complete tasks, make more mistakes, or find it difficult to stay focused on one specific task for long periods of time. This can lead to problems in the workplace as well as other areas of life.

Drug abuse can put people at risk of harassment or violence from dealers and other criminals involved in the drug market. People may also take part in dangerous activities, such as driving under the influence of drugs, which can result in injury or even death. Additionally, those who are addicted to drugs may become isolated and distant from family and friends due to their addiction.

Addiction can also lead to social isolation due to the stigma associated with drug use. People who are addicted may feel ashamed or embarrassed of their addiction, making it difficult for them to be around others and maintain healthy relationships. This can lead to further depression, anxiety, and other mental health issues.

Drug use can also affect personal hygiene and appearance in negative ways. Those who spend a lot of time using drugs often neglect their physical health by not bathing regularly or eating nutritious meals. As a result, they may look tired and disheveled, which can influence how others perceive them in social settings or at work.

Drug use can also have serious legal implications. Many substances are illegal, and those who are caught in possession or under the influence face various penalties that could include fines or jail time. Incarceration can hinder an individual’s personal development, and career opportunities once released.

Drug use can also lead to unsafe sexual practices. Those who are under the influence of substances may be less likely to practice safe sex, which increases the risk of sexually transmitted diseases and unwanted pregnancies. Furthermore, drug use is known to reduce inhibitions, so it can be easy for individuals to make decisions that they would not normally make without being impaired.

Drug use can also result in motor vehicle accidents. Driving while under the influence of drugs or alcohol has serious consequences and puts lives at risk. It is important to understand that even when an individual feels sober enough to drive, they may still be impaired due to the lingering effects of a substance which can lead to dangerous driving practices.

Drug addiction can also lead to homelessness due to financial instability and social isolation. Those who struggle with substance abuse may find themselves unable to pay their rent or bills, leading them to lose their home. In addition, the strain of addiction can be too much for friends and family, leaving an individual without a support system, which can also result in homelessness. 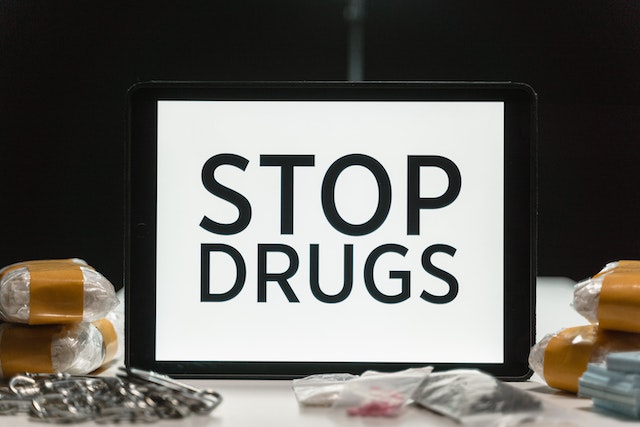 When To Seek Help:

If you or someone you know is struggling with drug use, it is important to seek help from Recovery Delivered as soon as possible. Professional support may include individual counseling, group therapy, and/or rehabilitation programs. Additionally, many organizations offer support and resources for individuals struggling with addiction; these can be accessed through referrals from medical professionals or online searches. 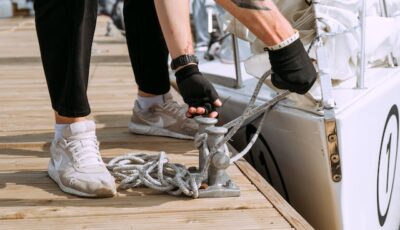 How To Maximize The Safety Of Your Boat 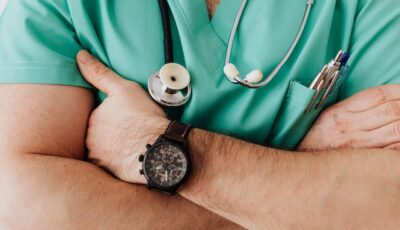 The Importance Of Seeing A Doctor When You’re Unwell 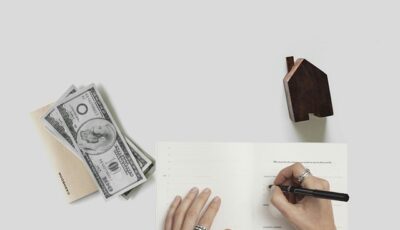 3 Tips for Handling the Arrest of a Loved One