Tall, dark, handsome and … brainy? Ladies love a man who is well-versed in philosophy and the latest Vampire Weekend album. What better way to represent that than to sport some stylish spectacles? The following four-eyed hipster celebrities are evidence that a good pair of glasses on a good looking guy is irresistible. 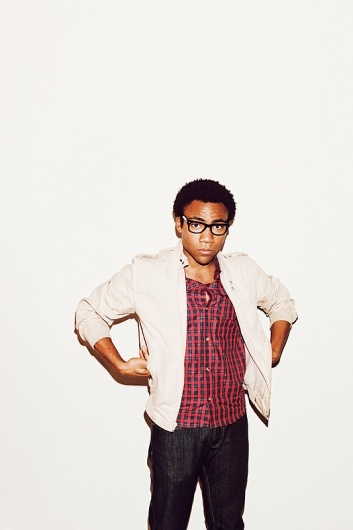 Donald Glover has the hot nerd thing down pat. He sports his thick black frames regularly, often accompanied by a cardigan or a tailored suit. Glover’s glasses aren’t just an accessory, but they’re so well incorporated into his brainy bad boy look that they serve as a major fashion statement. 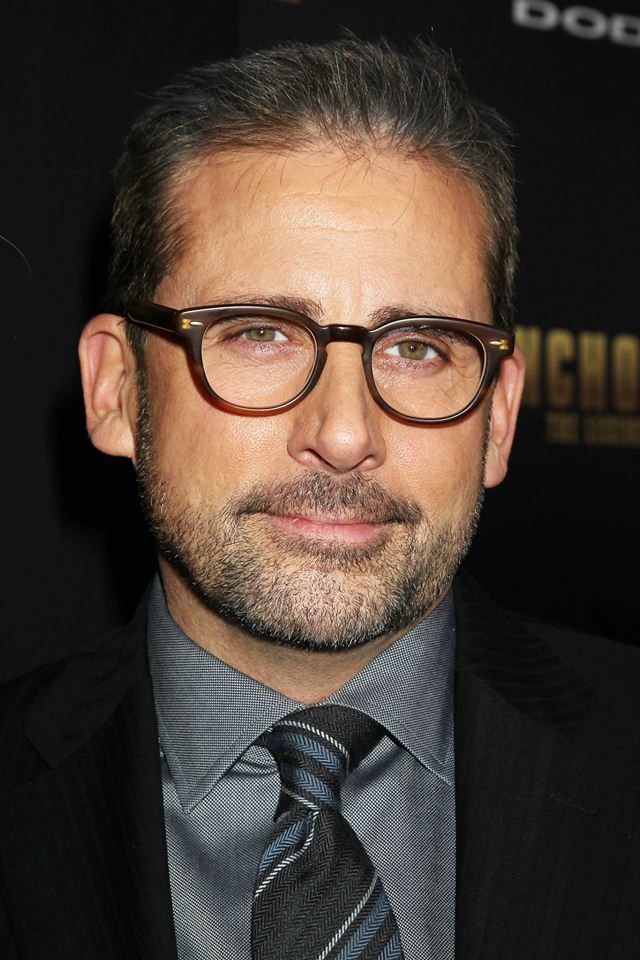 Steve Carell is one of those men that looks better as he ages. Though his character on The Office was an un-dateable goofball, his red carpet demeanor leans far more toward up-and-coming silver fox. Recently seen sporting stylish black frames, Carell’s debuted a new look that does wonders for his appeal. It doesnâ€™t take much to prove that youâ€™re more intelligent than Michael Scott, but Carell is boosting his intellectual appeal with his fashion-friendly frames. 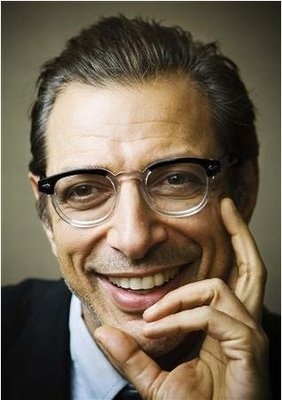 Jeff Goldblum has perfected the smart and sexy look over the past twenty years. He’s rarely seen without a pair of glasses, and they’ve become integral to his appearance. He exudes intelligence without venturing into nerdy territory, all with a nice pair of glasses. 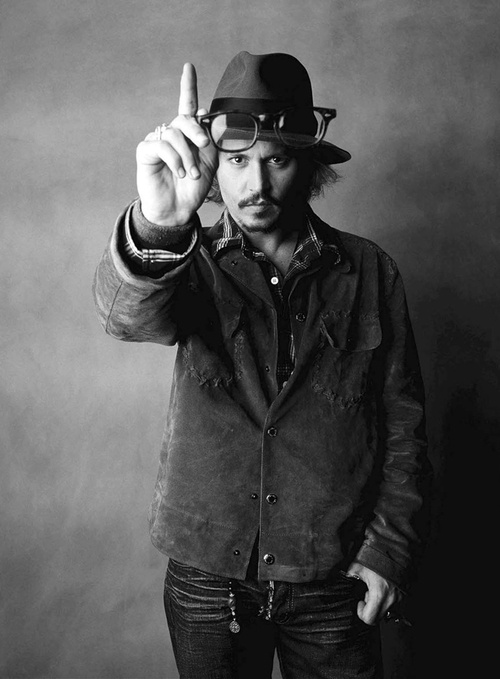 Johnny Depp’s chiseled jaw and sultry accent has always garnered attention, but his glasses are a huge part of his look as well. Depp’s been known to wear quite a few different glasses, but his eyes are almost always framed. Thick-frame glasses emphasize his signature dark and mysterious look, and match his quirky personality perfectly. 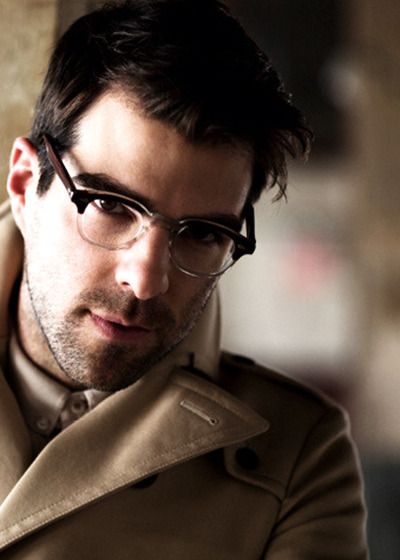 Zachary Quinto is known for having masterful eyebrows. But when he doesn’t want his eyebrows to dominate his face, he makes sure to sport his hipster frames. Quinto is the epitome of tall, dark and handsome, and his oft-worn glasses add an element of brains into the mix that make the ladies swoon. 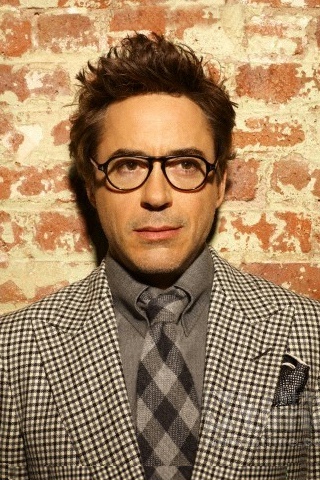 Robert Downey Jr.’s signature purple-lens sunglasses aren’t the only frames he wears. The quirky star is often seen in an array of glasses to match his eclectic style. As a fast-talking, witty celebrity, his sharp personality is reflected in his style, and topped off with a smart pair for frames. 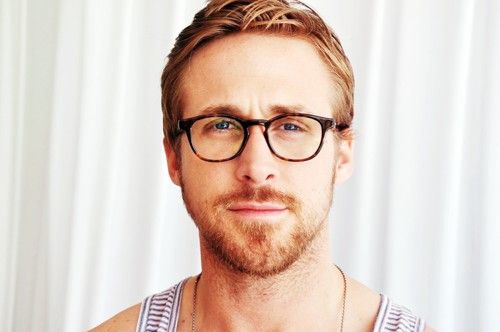 Subject of memes and many crushes, Ryan Gosling has a face made for glasses. He usually sports some unique tortoiseshell frames, daring to be different in a sea of black hipster glasses. Ryan Gosling is often seen looking casual and comfortable in relaxed t-shirts and jeans. His grandpa frames are an essential part of Gosling’s laid-back look.

Glasses are sometimes maligned as frumpy, but nothing could be further from the truth. As these male celebrities reveal, glasses are sexy. When paired with the right fashions and a winning personality, a man in glasses is a swoon-worthy site for any woman. Information for this article was provided by an optometrist in Calgary at the Crowfoot Vision Centre.

What to Wear On a First Date: Casual versus Semi-Formal Attire

Got Wrinkles? Give Your Face A Splash Of Freshness With Alurent #Alurent90SecondBeauty 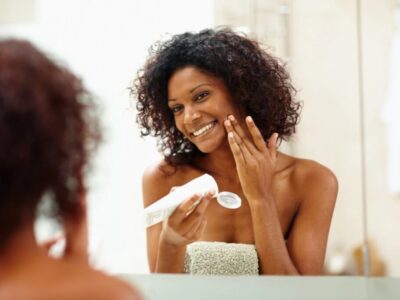 How Many of These Amazing 2022 Beauty Trends Have You Tried? 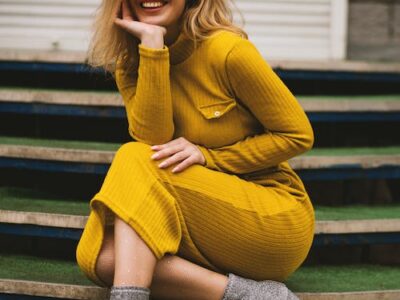 Creating Your Signature Look As A Woman 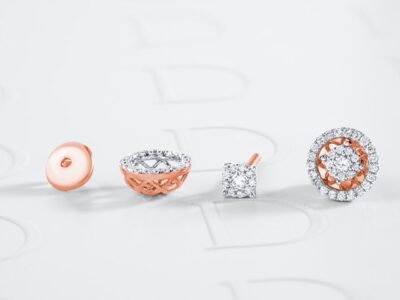 The Meaning of Diamond Shapes: How to Choose the Right One for You