The 3 Best Cities In Asia To Emigrate To

Traveling is a good opportunity to leave behind the stresses of modern life and get a well-earned break. Usually, you return feeling refreshed and recharged, but what if you get back home and you don’t feel any better? What if you need more than a few weeks away? What if you want a drastic change in your life? In that case, you might decide to emigrate.

Moving to another country is a huge step and even though it could be the best decision of your life, it could also be one of the worst, so you need to make sure you think it through properly before you make any commitments.

If you decide that emigrating is definitely right for you, the next step is to choose your destination. Usually, people immediately think of hot countries in Europe or Caribbean islands, but what about Asia? An increasing number of people are relocating to cities in Asia because the culture is amazing, the food is incredible, the people are friendly, the natural landscapes are breathtaking, and the cost of living is low. When you are weighing up your options, you should consider some of these amazing cities in Asia.

Singapore is one of the best ranked cities in the world for expats because it’s incredibly safe and the standard of living is very high. In fact, it is ranked the second safest city in the whole world, beaten only by Tokyo. In terms of cost of living, it’s higher than most other places in Asia. However, if you are careful with your money and you don’t have expensive tastes, you can easily get by.

Singapore is an incredible city to live in because it’s a multicultural hub for the whole region. Different cultures from across Asia are all blended together in this incredible city, which has seen a lot of growth in the last few decades, so there is a good mix of traditional and modern. You can find authentic street food at the hawker markets or you could head to some of the most innovative Michelin-starred restaurants in the world; Singapore has it all. It’s also a very green city and there are some beautiful spaces like the Gardens by the Bay, which break up the big metropolis and make the city feel much more inviting.

In terms of accommodation, you’ve got a lot of options. Many people from across the globe pass through Singapore and there has been a lot of development in recent years, so there are plenty of high-end apartments available. However, you can also find more affordable places to rent or buy further outside the city center.

The weather in Singapore is tropical, so it’s hot all year round, but there is a lot of rain, so if you can’t handle the wet weather then this might not be the place for you.

Kuala Lumpur, the capital city of Malaysia, is another Asian destination that ranks highly amongst expats. It’s easy to move and settle in there and the cost of living is very reasonable. It’s cheaper than Singapore, but it still has a lot of the same charms. It’s a very modern city, but it still retains a lot of its traditional cultural heritage and there are some great attractions and areas of the city that display this.

The cost of housing is one of the things that expats love the most because you can get some incredible places without spending too much money. These setia sky residences, for example, come with a range of amenities so you can live in luxury without the price tag that you would expect back at home. If you are happy with something more basic, you could make even bigger savings when living in Kuala Lumpur.

Like Singapore, Kuala Lumpur has a great blend of cultures from India, China, Malay, and the West. Naturally, this means that there is an amazing food scene and it’s one of the best cities for Indian food outside of India. You’ll also find delicious street food on every corner, and it’s very affordable. The cost of food and drink, in general, is low in the city but there are some high-end dining options for special occasions too.

You’ll be surprised by how amazing the architecture in Kuala Lumpur is too, and there is a brilliant mix of stunning, modern skyscrapers and traditional Malaysian architecture. You’ll get the chance to see stunning places like the Batu Caves with their incredible temples and world-famous painted steps. There are also some beautiful green spaces in the city, like Lake Gardens Park, so you can get a healthy balance between urban living and outdoor living.

Malaysia has a tropical rainforest climate, so it’s hot all year but you do need to put up with the rainy season between October and March, and there is a significant chance of rain throughout the rest of the year.

Vietnam is often thought of as a country for backpacking rather than a place to settle down. However, Ho Chi Minh City is actually a great city to emigrate to and the cost of living is very low. Most expats that live there say that they have more than enough money to live on and you can enjoy a more extravagant lifestyle than you would back at home.

Although it is a less developed city than places like Singapore and Kuala Lumpur, it’s a very friendly and welcoming place and the locals like to meet people from all over. There are some issues with noise and a few environmental problems in the country, but it is constantly being developed and the country is improving. It’s also a very safe city and crime against foreigners is very rare.

Vietnam as a country is filled with so many beautiful natural landscapes once you get outside of the city, so if you’re willing to live somewhere that is slightly less developed, it’s a brilliant choice.

If you are seriously considering emigrating, you should definitely look at some of these countries in Asia because there is a reason that they are becoming more popular with expats. 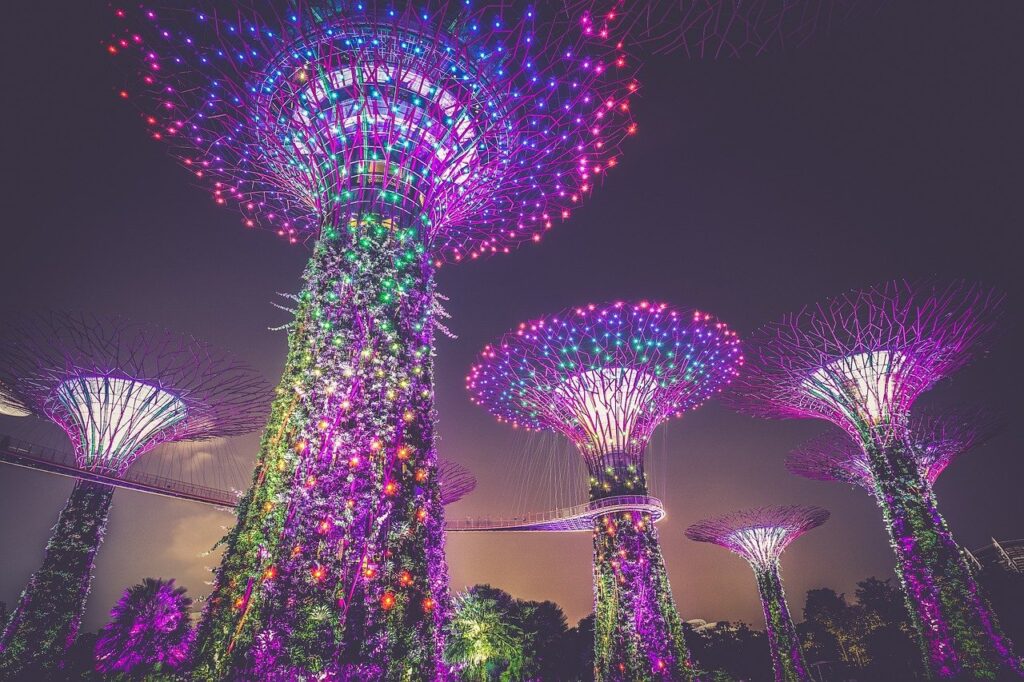 Moving Time: Does House Shopping Have to Be Hard?