Special thanks to Tor Books for sending us a copy to check out, and partnering with us for this giveaway!

I love how well read our lifers are. Because of that, every time I hear about a great new book I’m excited to share it lol. This time I have 2 awesome book to share. AND of course we have a fabulous prize pack giveaway for all you fans of the Villains Series.

Victoria “V.E.” Schwab has a way of getting your heart racing as you turn the pages in her books. She paints vivid pictures with her words and each adventure is unique. Check out the descriptions of Vicious and Vengeful below. And don’t forget you can always pick up copies of the books today on Amazon: Vicious | Vengeful. 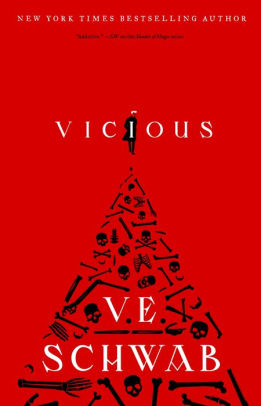 Victor and Eli started out as college roommates—brilliant, arrogant, lonely boys who recognized the same sharpness and ambition in each other. In their senior year, a shared research interest in adrenaline, near-death experiences, and seemingly supernatural events reveals an intriguing possibility: that under the right conditions, someone could develop extraordinary abilities. But when their thesis moves from the academic to the experimental, things go horribly wrong.

Ten years later, Victor breaks out of prison, determined to catch up to his old friend (now foe), aided by a young girl whose reserved nature obscures a stunning ability. Meanwhile, Eli is on a mission to eradicate every other super-powered person that he can find—aside from his sidekick, an enigmatic woman with an unbreakable will. Armed with terrible power on both sides, driven by the memory of betrayal and loss, the archnemeses have set a course for revenge—but who will be left alive at the end? 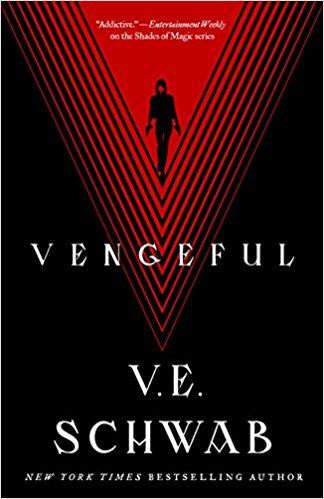 But Marcella Riggins needs no one. Flush from her brush with death, she’s finally gained the control she’s always sought—and will use her new-found power to bring the city of Merit to its knees. She’ll do whatever it takes, collecting her own sidekicks, and leveraging the two most infamous EOs, Victor Vale and Eli Ever, against each other once more.

With Marcella’s rise, new enmities create opportunity–and the stage of Merit City will once again be set for a final, terrible reckoning.

Victoria “V.E.” Schwab is the #1 New York Times bestselling author of more than a dozen books, including the acclaimed Shades of Magic series, This Savage Song, Our Dark Duet and Vicious. Her work has received critical acclaim, been featured in the New York Times, Entertainment Weekly, Washington Post and more, translated into more than a dozen languages, and has been optioned for television and film. When she’s not haunting Paris streets or trudging up English hillsides, she splits her time between Nashville, TN and Edinburgh, Scotland and is usually tucked in the corner of a coffee shop, dreaming up monsters.

One (1) winner receives a Limited-Edition VENGEFUL Prize Pack including:

Copies of Vicious and Vengeful;

and a branded tote bag!