Bets, Parties, and More: How to Get the Most Out of Football Season

If you’re a football fanatic, you aren’t alone. People all around the world have perfected the art of cheering for their favorites and spilling beer on their laps when there’s a touchdown. With football season just around the corner, everyone is gearing up for the festivities. Here are just a few ways to keep the fun going between game days.

Video games have always been fun, but in recent years, they’ve also grown into a massive, fan-fueled industry that’s breaking barriers everywhere from mobile apps to PC and console gaming. Modern EA and FIFA games are actually blurring the lines between the real and unreal with things like advanced graphics, real names, and endless customization options for those on the other side of the screen. Don’t worry, you don’t have to be deeply involved in football fandom to enjoy an afternoon on Xbox.

There’s nothing like a party on game day to kick up your energy and enthusiasm. You can call your friends, gather your nachos and chicken wings, and shout at the TV like you’re really there in the stands. If you want to throw a truly memorable bash, you can even invest in party decorations like football balloons, goal post centerpieces, and green football field table runners. Make sure to invite guests over at a time that allows them to settle in and grab some food before the game. This will also make a good buffer for anyone who shows up late. If you don’t feel like hosting, hit up a local bar on game day and watch from there. Some places will even offer special beers or trivia events to heighten the excitement.

Make the games a little more interesting by wagering money on them. Sports betting is legal in 30 states, and you can participate in several different variations of it. For example, “spread bets” predict the number of points that a team will win or lose by, and “prop bets” are based on events like who will score the most touchdowns or who will win the coin toss. If you don’t have a lot of money to gamble, you can look into free football picks to increase your odds of success.

If you like to geek out over scores, statistics, and yardage, fantasy football might be right up your alley. It’s another hobby with several different ways to enjoy it, but the traditional, newbie-friendly version is called Head To Head (H2H). In a H2H season, you and your competition draft your own teams from available players and track their performances over time. Afterwards, the person with the most points wins. Other versions of fantasy football are much more complex: They span entire leagues and scoring systems that can be just as intricate as the real season playing out on the field.

It’s one of the greatest sports in the world, and the fun doesn’t have to stop just because the game is over. Use these ideas to feed your football obsession during the season and beyond.

Why You Should Work Directly With a Lawyer After Being Injured 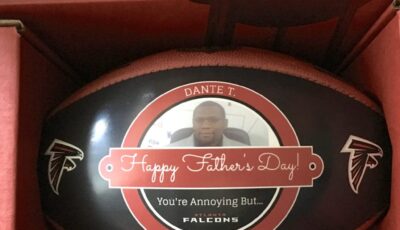 Father’s Day: Check Out The Perfect Custom Gift For Any Sports Fan Or Dad! 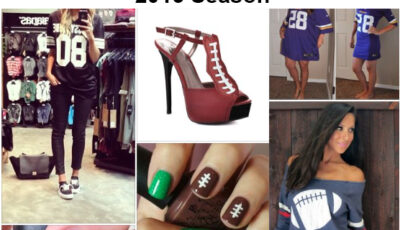